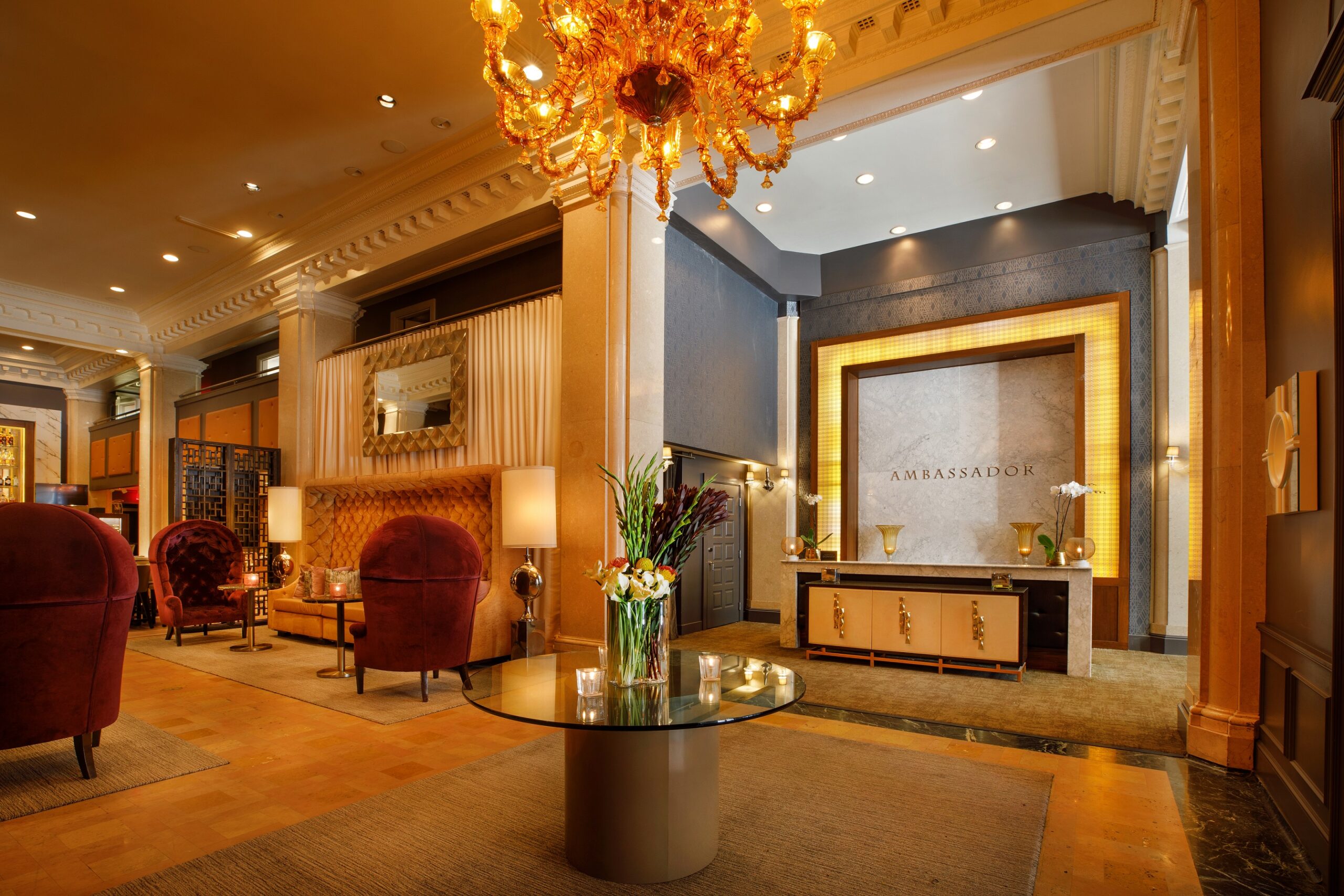 In 2012, the Ambassador Hotel Kansas City opened as the best new boutique hotel in the market. The hotel occupies the former Gate City National Bank Building, a building with a storied past including time as a law office, architecture firm headquarters, and a nightclub. Steps from the major downtown entertainment district in Kansas City and with easy access to the surrounding neighborhoods, the Ambassador Hotel Kansas City has firmly planted itself in the community and serves as the preferred hotel for travelers looking for an authentic and unique experience.

The Kansas City hotel market was markedly lacking in boutique and lifestyle hotel product, especially in the main downtown entertainment corridor. The building construction and layout provided a great opportunity for adaptive reuse and conversion to a boutique hotel. The timing was key as the building was in vast disrepair and likely months away from potential condemnation and demolition by the city.

Working with a local developer, Coury Hospitality secured the building and proceeded with the conversion of the Gate City National Bank into the to-be Ambassador Hotel Kansas City. As a historic building the site was eligible for federal and local historic tax credits which were used to complete the capital stack. Coury Hospitality led the design, planning, and branding efforts for the project and worked closely with the general contractor, architects, and other key stakeholders to create a one-of-a-kind hotel experience in Kansas City. Careful efforts were taken to preserve the historic nature of the building and its ornate details while implementing the latest in hotel design and technology.

After a year and a half of renovation and restoration project, the Ambassador Hotel Kansas City opened its doors in June 2012 and has operated as the preeminent lifestyle hotel in the market. The hotel has received numerous awards for historical significance, adaptive reuse, and guest service and leads the market in all Key Performance Indicators for the industry. Following the sustained success, the ownership group decided to expand the hotel from its original 43 hotel rooms to 113 hotel rooms by adding a brand-new hotel tower connected through the original hotel lobby.
The Ambassador Hotel Kansas City has achieved an average RevPAR penetration of 135.4%, even through the pandemic, and achieves GOP margins between 35% – 40%.