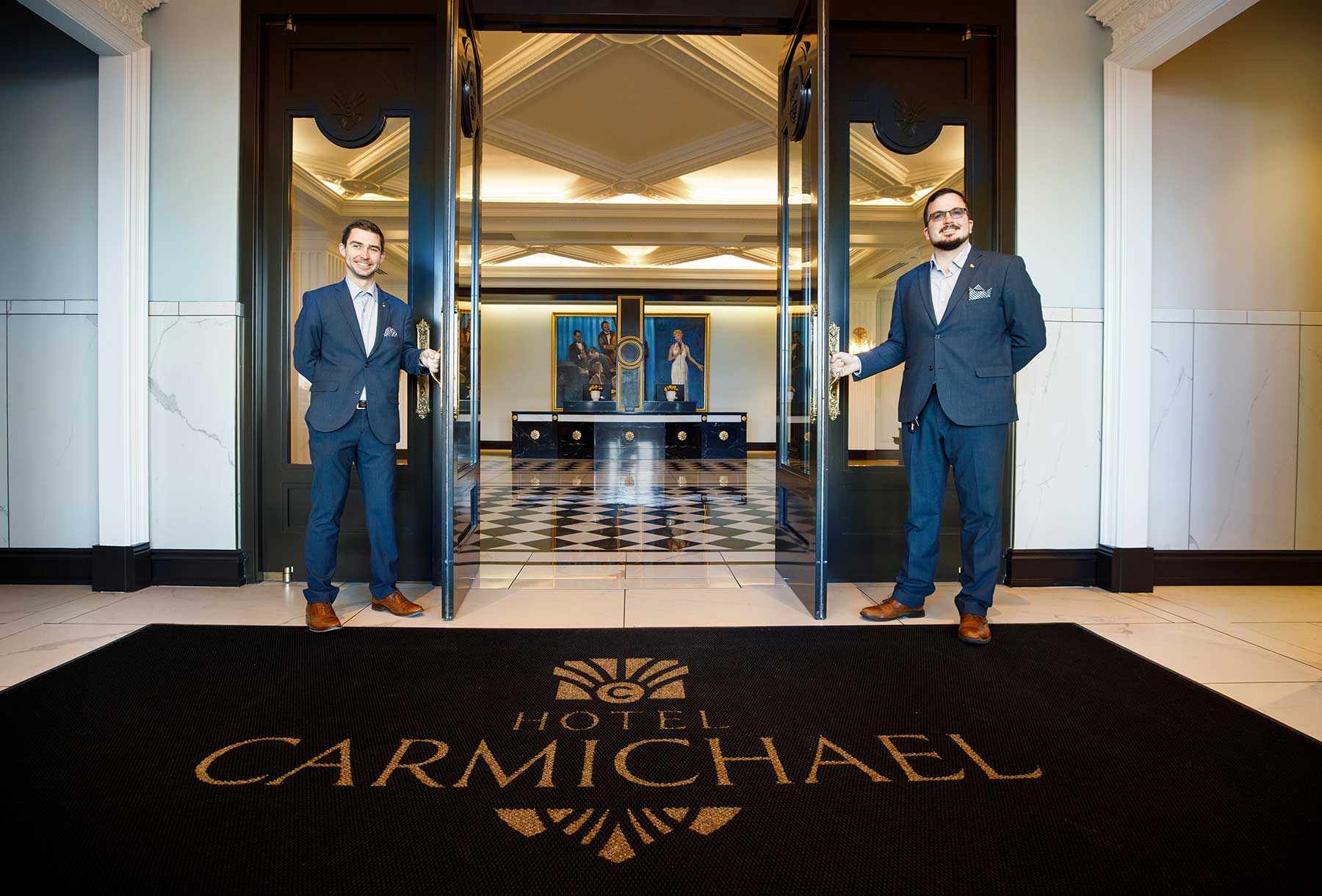 At Coury Hospitality, everyone has a vision – so everyone has a voice. We empower our Experience Curators to share ideas and make decisions. Our focus on listening and learning from each other translates into a progressive and respectful approach. As a result, our properties consistently rank at the top of our class for guest satisfaction.

Paul Coury, our Founder, and Chief Executive Officer launched Coury Properties in Tulsa, Oklahoma more than 30 years ago. Led with a combination of vision, design, and creativity, it quickly became one of the state’s leading property management companies capable of converting unsuccessful properties into prosperous investments.

Paul worked with investors and developers on land deals and asset management for over 20 years before opening his first hotel, the Ambassador Tulsa, in 1999. The progression of Coury Properties into Coury Hospitality became the future as a hotel management company, which has grown to include 25+hotels and restaurants with more in the works all the time.

After an extensive historical renovation that tied updated elegance and old glory together perfectly, Paul opened the doors of his first boutique hotel.

Company rebrands from Ambassador Hotel Collection to Coury Hospitality to reposition as a management company.

Opened 6 new hotels and 1 conversion with several more in the pipeline.

Relationships matter. To you. To us. To guests and the community. That’s why we encourage each and every Experience Curator to bend the boundaries, liberate their creativity and imagine the seemingly impossible. It’s simply the best place to start when you’re setting out to create an experience that’s truly unique.

We’re experts and turning dreams into realities. And it has enabled us to successfully guide our clients for over 30 years.

In 2023, Coury Hospitality made a $1 million commitment to St. Jude through both guest-facing and internal fundraising campaigns. The hospitality company has already helped generate more than $25,000 for St. Jude Children’s Hospital through their involvement with the Night Under the Stars charity event in Dallas, Texas and they look forward to 2023 as a year where they can make an even bigger fundraising impact.

Our Experience Curators lead the way for individuality in everything we do. With different backgrounds and strengths, we each have a unique story to tell. We dig deep to find our inspiration and share that with each other – and the world. When our lives, styles and experiences come together, we can turn any dream into a reality.