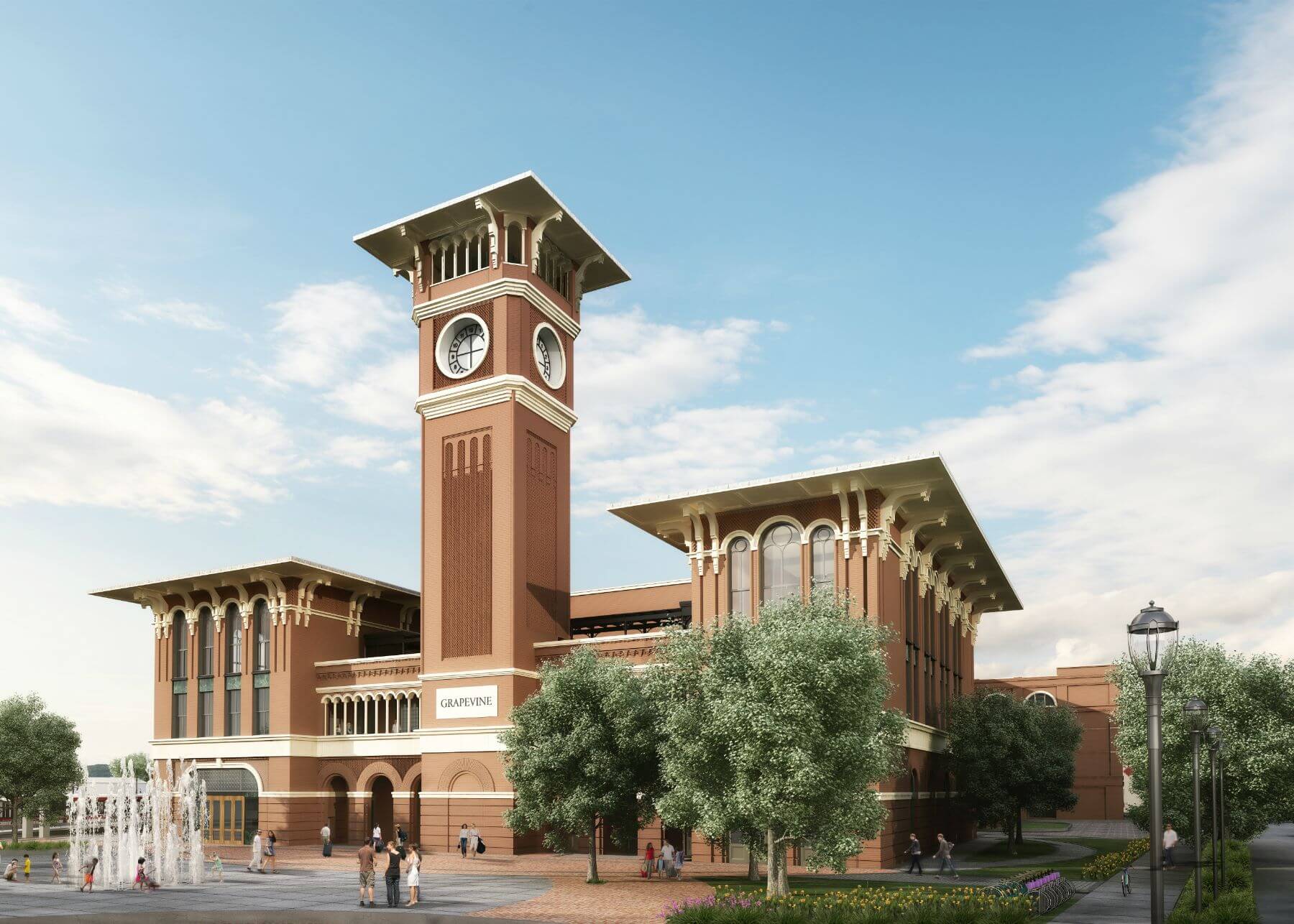 A Coury Hospitality-let development in partnership with the City of Grapevine, the 120-room Hotel Vin is the latest luxury hotel project in the region.

Hotel Vin, opened in September 2021, stands as the cornerstone of the Grapevine, Texas Depot development. A member of the Autograph Collection by Marriott, the Hotel Vin has achieved unprecedented success, even through the Covid-19 pandemic. The hotel features 120 oversized guest rooms, a full-service signature restaurant, banquet and meeting facilities, a rooftop lounge, and connects to Harvest Hall, a 22,000 sf food hall. Coury Hospitality led the development and partnered with the City of Grapevine to ensure alignment with the very successful suburb of Dallas. The Hotel Vin is a catalyst for the Coury Hospitality growth plan in Texas and the region and acts as a proof of concept for the wine-focused hotel.

The City of Grapevine has spent decades developing into one of the most sought-after bedroom communities of the Dallas/Fort Worth area. With a strong wine-growing tradition and new position as the first stop on the TexRail line from DFW Airport, Grapevine focused on developing the Depot area; a plan that included a high-end hotel. In parallel, Coury Hospitality was searching for our next development and focused strongly on a project in Texas. What resulted was strong public support for a boutique hotel development in partnership with a seasoned boutique hotel owner, developer, and manager. The Hotel Vin provides the level of product, service, and amenities the city desired.

Coury Hospitality acted as lead developer, pre-opening consultant, procurement manager and now, hotel operator. Working with the architect, engineers, designers and general contractor, Coury Hospitality delivered a hotel project on the leading edge of design and technology. Coury also acted as the main conduit between the hotel project and Marriott International and negotiated all brand agreements and legalese. We leveraged the partnership with the city to capture appropriate incentives and included space in the building to house the city’s Convention and Visitors Bureau. The city built the multi-use parking deck connected to the project, completing the development and enhancing the public-private partnership alignment.

Hotel Vin opened during the Covid-19 pandemic and despite the challenges from this period in time, achieved the highest financial success of any Coury project. The hotel has received numerous awards and become a local favorite for Dallas-area residents. It’s proximity to DFW International Airport allows the hotel to achieve high week-long occupancy with little shoulder night impact. During the running 12 months, the Hotel Vin has achieved a RevPAR penetration of 161.8% and a GOP margin of 17.08% in just 3 months after opening. Drawing on the wine producing heritage of the region, the Hotel Vin features one of the strongest hotel wine list programs in the country and focuses on wine education, including glass-to-varietal instruction. Hotel Vin has become a proof of concept for Coury Hospitality and enhanced our development goals in Texas.